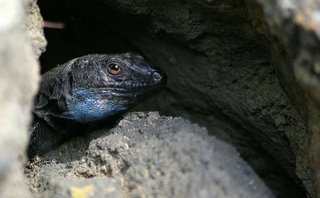 We have two kinds of lizards here, both of which grow to about 15 cm long. The top shot is the blue-throated lizard, and the lower one the brown lizard.

Like lizards everywhere, they’re cold-blooded, so they like to sun themselves first thing in the morning. After that, they move really fast, particularly when you point a camera at them.

Even so, they’re a favourite snack for cats. 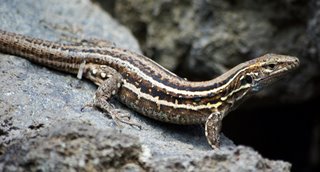 This article has 3 Comments