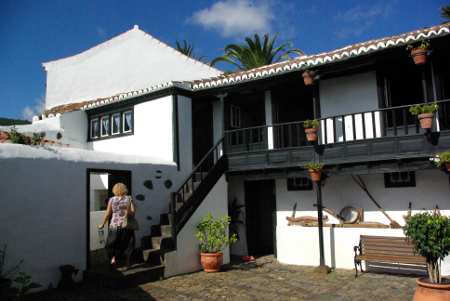 Casa Lujan is much more fun than you’d expect from the brochures, which describe it as an “ethnographic museum”. But it’s not a collection of stuff in dusty display cases. It’s an 18th century house, with whole rooms restored to show how the comfortably-off lived between about 1920 and 1960. Even better, there are people “living” in the house. And rather than use shop mannequins, the “inhabitants” are giant rag dolls, called mayos because they traditionally make an appearance at Fiesta de la Cruz, in May. So one set of mayos are smoking and playing dominoes in the living room.

While this lady is busy sewing. (I used to have a reconditioned, treadle, Singer sewing machine much like this. I also used to have similar hair and glasses.) 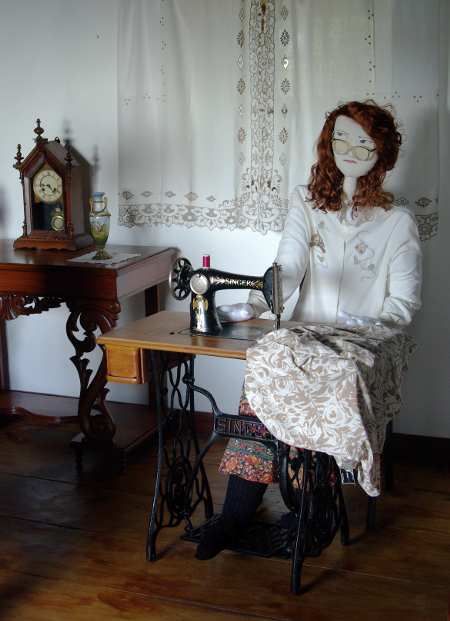 Meanwhile this servant is working in the kitchen 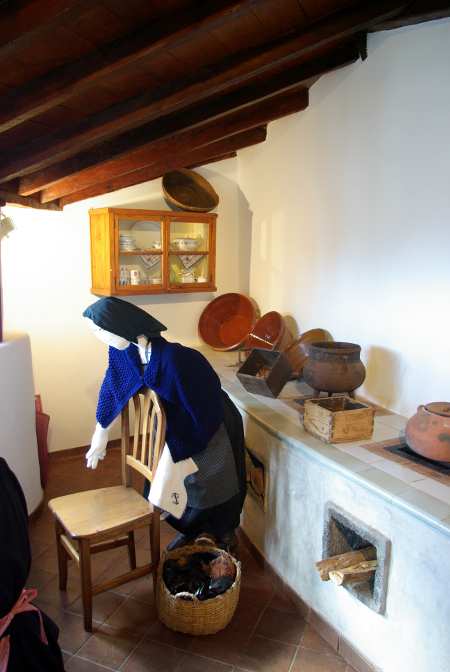 In 1919 the local council bought the house to use as a village school until about 1980, and the school room downstairs has been restored too. 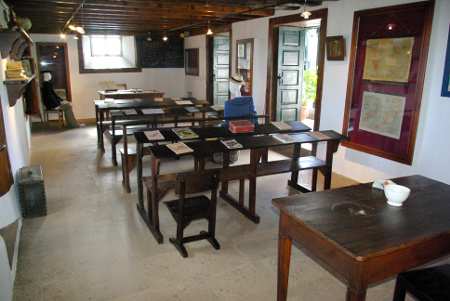 It’s not just the furniture: they have posters on the walls explaining why you shouldn’t go birds’-nesting, notebooks on the desks, and an old set of weights and measures. 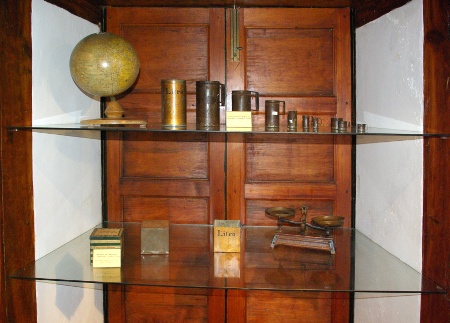 Set of measures in the school of Casa Lujan, Puntallana

Open Monday-Saturday 10 am- 1 pm and 4 pm – 7 pm
Google map here. Admission is free, but there’s a box for donations in the school room. 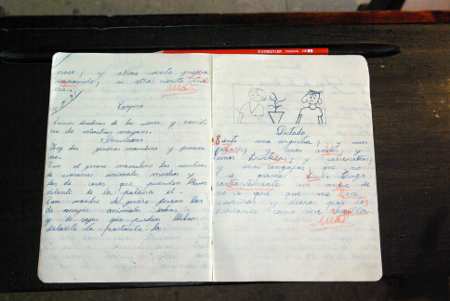 This article has 2 Comments